When a customer asks Alexa to play “Hey Jude”, and Alexa responds, “Playing 'Hey Jude' by the Beatles,” that response is generated by a text-to-speech (TTS) system, which converts textual inputs into synthetic-speech outputs.

At the International Conference on Acoustics, Speech, and Signal Processing, my colleagues and I will present what we believe is the first systematic study of the advantages of training NTTS systems on data from multiple speakers. In tests involving 70 listeners, we found that a model trained on 5,000 utterances from seven different speakers yielded more-natural-sounding speech than a model trained on 15,000 utterances from a single speaker. 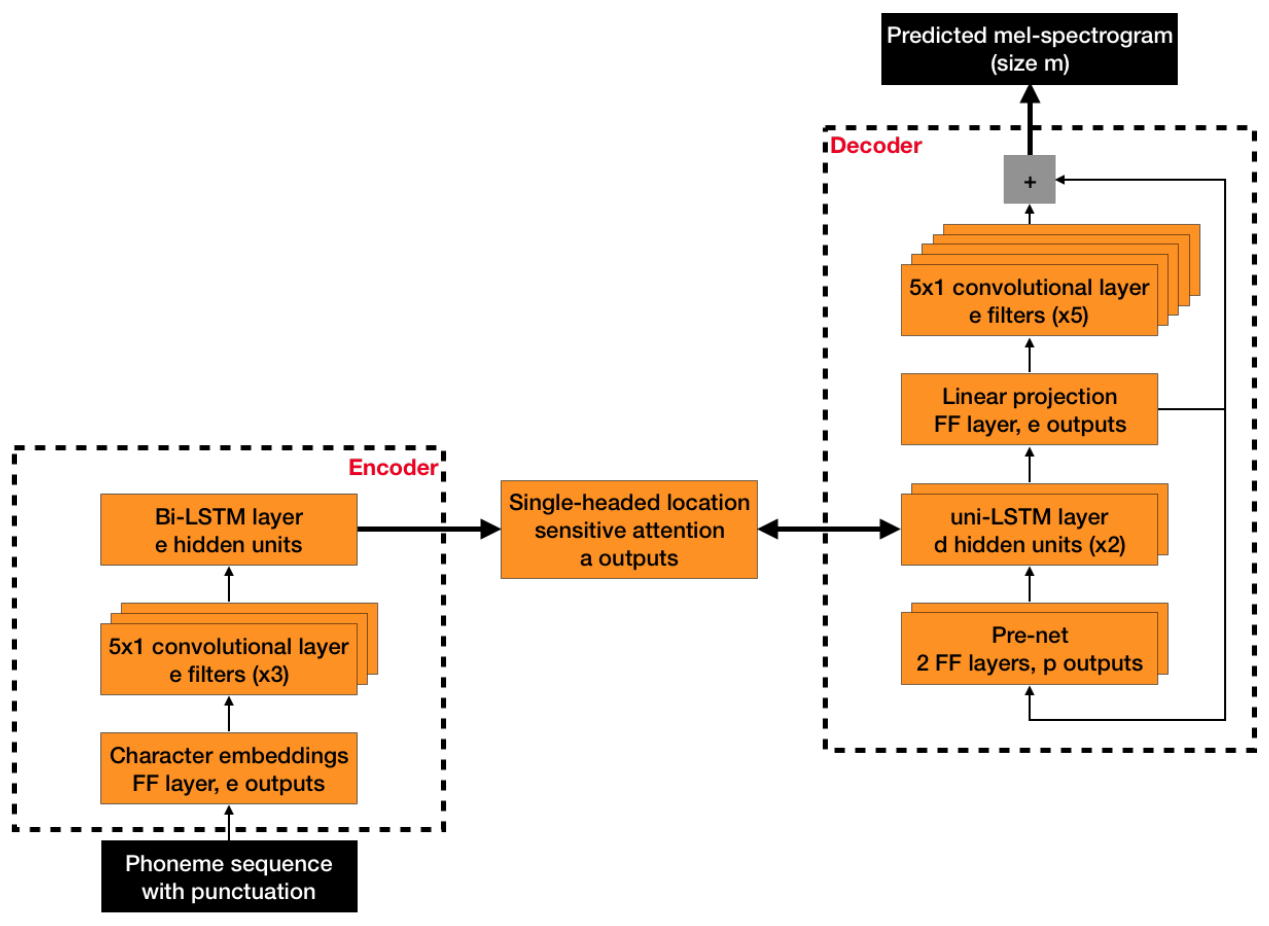 The architecture of our neural TTS system, which takes a phoneme sequence — a series of short, phonetically rendered word fragments — as an input and outputs a sequence of mel-spectrograms, or snapshots of the power in different frequency bands. The attention mechanism indicates which elements of the input sequence the network should concentrate on when producing each element of the output sequence.

An NTTS system trained on data from seven different speakers doesn't sound like an average of seven different voices. When we train our neural network on multiple speakers, we use a one-hot vector — a string of 0's with one 1 among them — to indicate which speaker provided each sample. At run time, we can select an output voice by simply passing the network the corresponding one-hot vector.

In our user study, we also presented listeners with live recordings of a human speaker and synthetic speech modeled on the same speaker and asked them whether the speaker was the same. On this test, the NTTS system trained on multiple speakers fared just as well as the one trained on a single speaker. Nor did we observe any statistical difference between the naturalness of models trained on data from speakers of different genders and models trained on data from speakers of the same gender as the target speaker.

NTTS systems typically consist of two neural networks. The first converts phonetic renderings of text into mel-spectrograms, or 50-millisecond snapshots of the power in a series of frequency bands chosen to emphasize frequencies to which humans are particularly attuned. Because humans can perceive acoustic features shorter than 50 milliseconds in duration, the second network — the vocoder — converts the mel-spectrograms into a finer-grained audio signal.

Like NTTS systems, SPSS systems learn to synthesize mel-spectrograms from phonetic data. But with SPSS systems, the vocoders have traditionally been hand-engineered. The versatility and complexity of neural vocoders accounts for much of the difference in performance between SPSS and NTTS.

Our experiments suggest that, beyond 15,000 training examples, single-speaker NTTS models will start outperforming multi-speaker models. To be sure, the NTTS version of Alexa's current voice was trained on more than 15,000 examples. But mixed models could make it significantly easier to get new voices up and running for targeted applications.

Jakub Lachowicz is an applied scientist in the Alexa Speech group.